Castle of Shadows by Ellen Renner 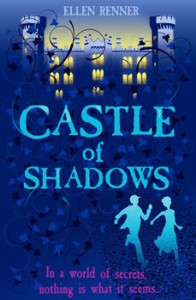 was the first the first book of Charlotte, the forgotten princess’s adventures.

After her mother disappeared when Charlie (Charlotte) was very young, her dad becomes very mentally ill, turning to giant playing cards to deal with the madness. Leaving Charlie to live a life were only a few people know who she is, one of them being the evil housekeeper, Mrs O’Dair, who also looks after Charlie, making her life even more miserable.

One day Charlie discovers a letter seemingly written from her mother to a woman Charlie has never heard if before. A letter that could help her find out about her mother and most importantly, if she is alive.

The story is about Charlie and her friend, Tobias, uncovering the secrets in and outside the castle walls. It is a dangerous mission, but nothing can stop Charlie from revealing the truth.

I am extremely happy to say that I thoroughly enjoyed this book. Even though I’m not usually the one to pick up a mystery, it has opened my eyes to other books that involve such topics.

I loved the characters especially the idea of forgotten princess that no one knows about. I love how Charlie is so very ‘scruffy’ and not that at all bothered about her manners or how she dresses – Almost the opposite of what you would think a ‘normal’ princess would be like. As long as it’s practical she doesn’t care.

It is has a definite ‘can’t.put.it.down’ ability, as well as mysterious edge to it forcing you to read on and keep wondering what on earth could happen next. A fantastic and enjoyable read, very well worth getting. Excellent piece of work. 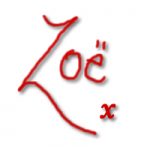