Been doing a tad bit of travelling recently (thanks to my other life) and aside from discovering new places one of my favourite perks of visiting new areas is stumbling upon the quaintest of shops. Do love myself a brilliant charity shop but the most thrilling yet calming place to find, of course, is a bookshop. Yesyesyes.

Picked up Massive in ‘The Old Bookshelf’ which resides down a side street in Campbeltown. It’s a quaint little bookshop with teeny aisles crammed utterly full to the brim of books and thinking back I wish that I’d spent more time in there enjoying the old book smell… 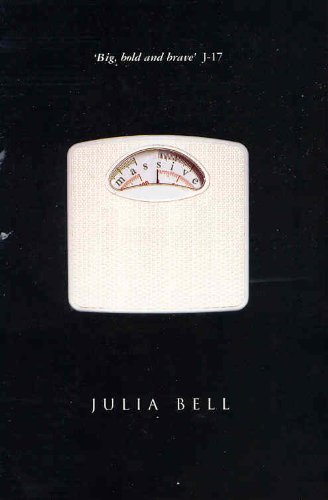 “I’m fat,” I hear myself saying. I look in the mirror. My face has gone hot and red; I feel like I’m going to explode. “I’m fat.” It sizzles under my skin, puffing me up, pushing me out, making me massive.Weight has always been a big issue in Carmen’s life. How could it not? Her mom is obsessed with the idea that thin equals beautiful, thin equals successful, thin equals the way to get what you want. Carmen knows that as far as her mom is concerned, there is only one option: be thin.When her mother sweeps her off to live in the city, Carmen finds that her old world is disappearing. As her life spirals out of control Carmen begins to take charge of the only thing she can — what she eats. If she were thin, very thin, could it all be different?

I’d describe Massive as a slice of life. A year or half a year chunk of following, in this case, 14 year old Carmen, go about her business, always dealing with a constant, numbing problem with no real resolving ending. It was an odd read. Not the kind of book that makes you feel good and once finished there was a definite sour aftertaste. I’m still unsure whether that lingering feeling was a reminder to help me see the world differently or whether I just didn’t like the book at all.

I tend to enjoy gritty, real life story lines and something like Massive with a crazy, controlling and heavily anorexic character as Carmen’s mother seemed to, for whatever reason, appeal to me. It had that Tracy Beaker-esk mother:daughter relationship going on right from the beginning with the not really caring for your child or telling her anything important like I’m leaving your step dad for no real reason and moving you to a new city as, ha, obviously ‘she won’t understand’ yet acting like you want to be her best friend.

That’s really the story. Carmen’s mother drags her to live in Birmingham away from Brian, her step dad, without any warning to either of them, to start this new life and a job she claims she deserves. All the pressure of moving into a new house, getting accustom to a new school, and suddenly being introduced and dumped on a family she hardly knows, Carmen finds herself absorbing and believing all the utter rubbish her mother comes out with. It’s sad really, it felt like watching a train wreck.

In regards to the development of the characters, they felt rather bland, there didn’t feel like we got much depth and they didn’t really evolve. The characters themselves were shallow people but it felt like Carmen didn’t have a personality at all, just floated along blending in with everything else. I only felt sorry for her a handful of times and as I didn’t get to know her there was no chance to develop a connection so when problems arose, when I should’ve cared, I didn’t (is that mean? that’s mean right?). It wasn’t far in I just accepted that there was no saving her, she wasn’t okay and nobody was coming to the rescue of her or her mother. Guess one could argue that’s real life but it’s all rather grim.

The ‘trauma’ of it all ended rather abruptly on a weird, disturbing note and though I really did want to like it, it just didn’t sit right. Eating disorders can be an amazingly dark topic and I so wanted this to be brilliant. With so much promise, and all the right incentive it could’ve been something so much more impactful however I feel it just wasn’t quite executed well.

But do not fear! On a slightly happier note, really do like the cover artwork 😉

There you go, kind of travelling review done.
Tell me what you think of Massive in the comments. What’s your view?