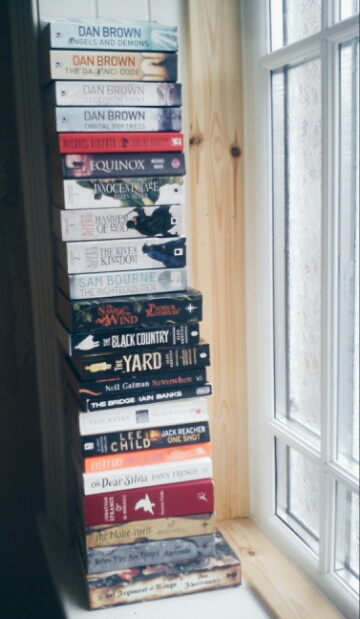 Treated myself to a few books recently…twenty-three of them.

So I’ve been travelling a bit and seem to get drawn to charity and book shops. But I’m also pretty lucky to have a particular Community shop in my local village, Scotland’s National Book Town, where they’re selling paperbacks for 50p, 3 for a quid. Which yes, is crazy but utterly wonderful for me.

Across the road is one of my favourite places. The Bookshop. The largest second hand bookshop in Scotland. As well as multiple other bookshops all over the town. It’s cute. I love living here and whilst I’m raving about Wigtown, might as well drop in that we have an annual Book Festival too, which as well, is wonderful.

So, anyway, I’ve been purchasing a ton of books. It has become a small problem, almost a curse, that I physically cannot go into town without coming back with a book. As well as picking up the odd one in other little bookshops or sales on my travels, I’ve definitely grown a collection, that is starting to overrun the house, resulting in having to let go of a few prime spaces on my shelf to make room.

So without further ado, I introduce you. 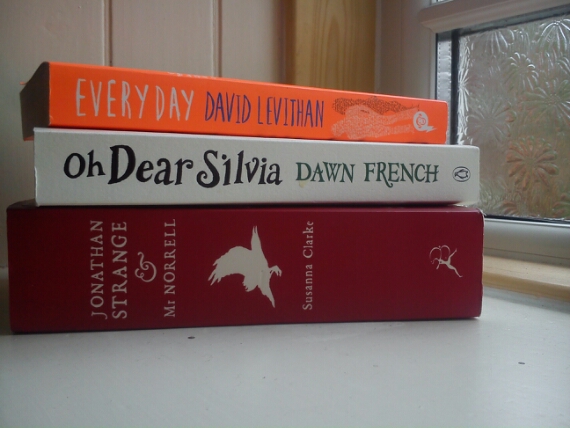 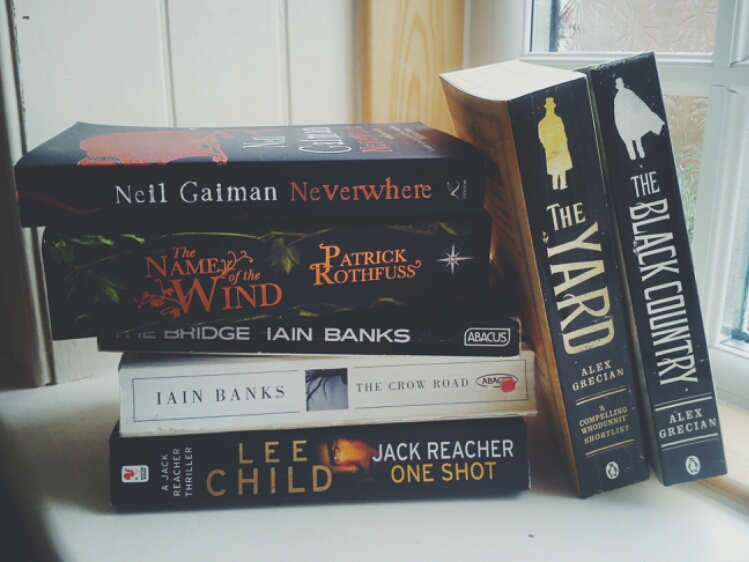 The Name of the Wind – Patrick Rothfuss
In all honesty, it looked pretty.

Jack Reacher One Shot – Lee Child
Excusing Tom Cruise on the front, as apparently “Lee Child is a very good crime writer” and the extremely long Jack Reacher series is worth reading.

The Yard – Alex Grecian
The Black Country – Alex Grecian
Just after Jack the Ripper, Victorian mystery/crime. Picked up because I rather enjoy BBC’s Ripper Street. 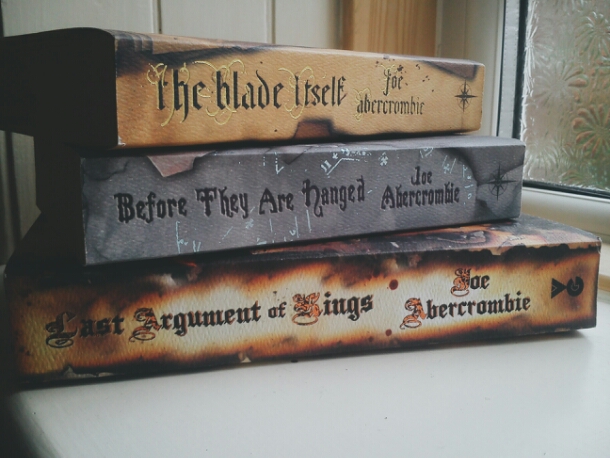 The Blade Itself, Before They are Hanged, Last Argument of Kinds –
Joe Abercrombie
Fancied some fantasy, medival fantasy. 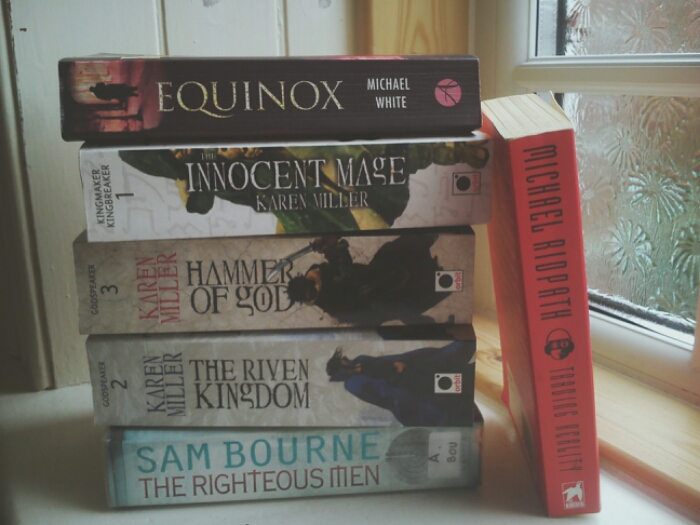 The Hammer of God, The Riven Kingdom – Karen Miller
Second and Third in the Godspeed trilogy. I accidentally thought they were the sequels to Innocent Mage. But sound equally as interesting.

The Righteous Men – Sam Bourne
Likened to Dan Brown and reviews say better than the Da Vinci Code. Since my rather recent new love of Dan Brown, I had to.

Trading Reality – Michael Ridpath
Blurb reminded me of a TV series I enjoyed last year about being stuck in a virtual world. 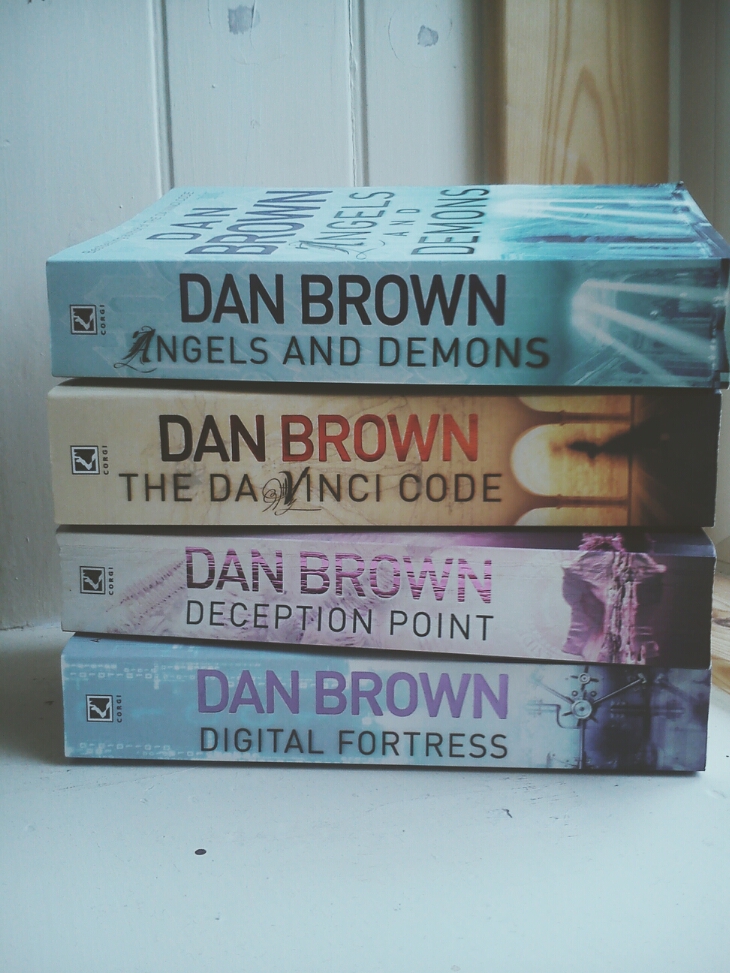 Decided, on a whim, that I needed to engrose my brain with more exciting, gripping reading material. Spotted these in the wonderful community shop, perfect. Just finished reading Angels and Demons, enjoyed it. So working my way through all four.

Pretty chuffed as I have a few months off over winter. Although they will mostly be filled with writing and making music, now have fresh new books to delve into too. Huzzah!

Read any of these? What are your thoughts? What do you recommend I read next?