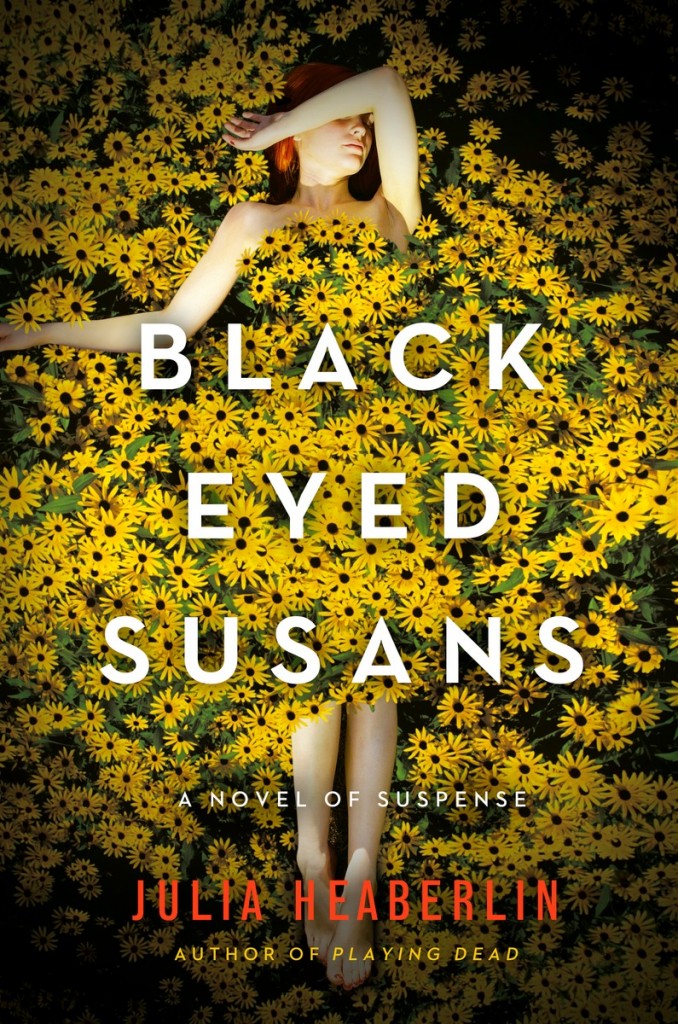 Been reading a few crime/thrillers/murder mysteries recently; little bit of Dr Kay Scarpetta, dash of Peter Robinson and yeah, okay, Lee Child. Particularly enjoying anything where you get to see behind the scenes of the case. The forensics, the psychology, the profiling.

I enjoy puzzle solving, always have. I relish on figuring out whodunnit, and if I can say so myself, I’ve gotten reasonably good at it. Problem with that is I ruin the story for myself if I guess correctly. Don’t get me wrong, I’m not claiming that if you invited me to give my insight on an unsolvable case I’d crack it in half an hour. The cases I’m solving are glamorised, they can only tell their full story in 300 pages, in two hours of BBC prime time; there is only so much information they can give you. But having watched so many police dramas I’ve figured a pattern and can hazard an educated guess half way through a 12 part series, even earlier if it’s dumbed down for an audience.

So I judged Julia Heaberlin‘s ‘Black Eyed Susans‘ by it’s cover and glanced over the reviews on Goodreads, deeming it a possible intriguing read and one that I hopefully wouldn’t suspect the killer straight away. It was, and I didn’t…for a while.

You join a 16 year old Tessa in 1995 after the trauma of being left to die with a couple skeletons and a corpse in a grave of flowers, in the days leading up to the trial of a man thought to have committed the crimes, relaying (or not) to her psychiatrist the confusing, mixed up things going on inside her head as she attempts sifting her way through a fog of blindness, trying to recall what happened that day.

With alternating chapters between 1995 and ‘present day’ (seventeen years later) Tessa; the mother, the artist, the surviving Black Eyed Susan is having second thoughts over whether the accused man, living on death row with only a few months left, is the killer. Someone has planted Black Eyed Susans under her window and she convinced it’s her monster.

I can’t fault the suspense or desire to know what happened, I was finding time in my day to squeeze a few chapters in, however I’d use the term thriller loosely. It wasn’t a fast paced, car chase, edge of seat thrill. It was a slowish build at the beginning, which others would consider irritating, but completely necessary to build the foundations of the plot. It purposely eased you into the weird world of Tessa, which you can’t just throw at someone, you have to try to understand her, she was odd, her family was odd, her friend was odd. It disguised itself as quirky Luna Lovegood-esk unusualness with a heavy dose of sarcasm, but it’s much darker and Tessa is not okay. She’s dancing with the illusion of normality although it becomes apparent she’s in fact drowning in confusion, lost in solving the seventeen year old mystery where nothing makes sense. It took me a second to understand the reasoning for some of the decisions she makes, as to me, they didn’t seem logical, but she was only trying to protect everyone, even though she was the victim. I really liked her, both old(er) and young, in all her weirdness.

Overall I enjoyed and liked it, written brilliantly and I completely related to the characters. I was immersed and am happy to recommend it to anyone who fancies a not so straight forward mystery. The creepiness was brilliantly creepy, I was definitely feeling that, however the shocks, for some reason, didn’t shock me, which was sad. I guessed a couple just a few pages before they happened which means I’d probably mentally prepared myself. I wasn’t looking wide eyed at the words mouthing ‘No’ but I’m pleased I didn’t anticipate the whole ending five pages in. In fact I didn’t fully realise the extent of the oddness I felt halfway through would end so dramatically. Definitely didn’t guess that ending. But still, it didn’t shock me.